This page is a gallery  of the Biblical sites that were selected by BibleWalks.com staff and readers as the “site of the month” during year 2017.

Bronze and Iron age findings in the area between Ma’ale Michmash and Michmas.

1 Samuel 13:5: “And the Philistines gathered themselves together to fight with Israel… and they came up, and pitched in Michmash“.

Ruins of a Biblical city in the community of Psagot. This may have been the site of Joshua’s Ai.

Ruins of an ancient village in the Gofna mountain region in Samaria. Nearby is a memorial park with pools and springs.

Ruins of a fortified village situated near the Lebonah ascent. Identified as Kfar Lakitia – one of the Roman garrisons at the end of the Bar- Kokhba revolt.

Judges 21:19: “…on the east side of the highway that goeth up from Bethel to Shechem, and on the south of Lebonah”.

Kh. Tibneh, in the hill country of Ephraim, is identified as Timnath-Serah or Timnath- Heres- the burial-place of Joshua according to the Bible.

Joshua 24: 30: “And they buried him in the border of his inheritance in Timnathserah…”.

A sacred site in Beit El is suggested as the place of Jacob’s dream.

Genesis 28:12: “And he dreamed, and behold a ladder set up on the earth, and the top of it reached to heaven…”.

The Biblical city of Arumah is situated on a steep hill southeast of Itamar. On its foothills are huge cisterns and ruins of Hasmonean fortifications.

Sites along the Allon Road, that crosses the eastern side of Samaria from North to South.

Ruins of a Canaanite and Israelite major city located on a hill near Samiya spring on the foothills of Mt. Baal-Hazor.

Ruins of a multi period village, from the Early Bronze to the Ottoman period, on the side of Allon road in Samaria. 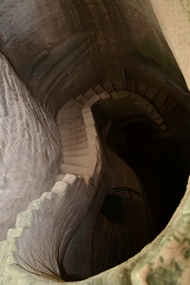 Observation point on Mt. Saul, overlooking the Jezreel valley and Mt. Gilboa. Named after King Saul and his sons who died here fighting the Philistines.