Flour mills were popular in the Holy Land during the Crusaders, Mameluke and Ottoman periods.

Flour mills were popular in the Holy Land during the Crusaders, Mameluke and Ottoman periods. Ruins of many water powered mills are found in Israel along the streams.

In the 12th century, the Crusaders revolutionized the farming industry in the Holy Land. To increase their profits and finance their military force, they introduced water powered mills to modernize two sectors – sugar and flour. The sugar industry was mainly managed by the Knights order of Hospitallers, while the Knights order of Templars managed the wheat business in the Holy land.

From the Crusaders period until the establishment of the state of Israel, dozens of water powered mills were installed near rivers and streams. Water was conveyed along aqueducts to a lower altitude, then the water fell down a chimney to turn a wheel that rotated the grinder. The mills were used to grind grains for flour production, while some were used to crush sugar cranes.

A common mill is composed of the following elements:

The process of producing the flour was this: Falling water turned the water wheel, spinning a vertical shaft attached to a grinding stone. Wheat grains were introduced into the wooden box, and the grains fell unto the grinding stone where they would be crushed, creating powder – flour. Flour was then collected and packed into sacks, and the owner kept one tenth of the yield as the fee.

Following are sites with mills that are featured in BibleWalks. Click on the site’s name to see more information on each site.

Afek (in the Galilee) 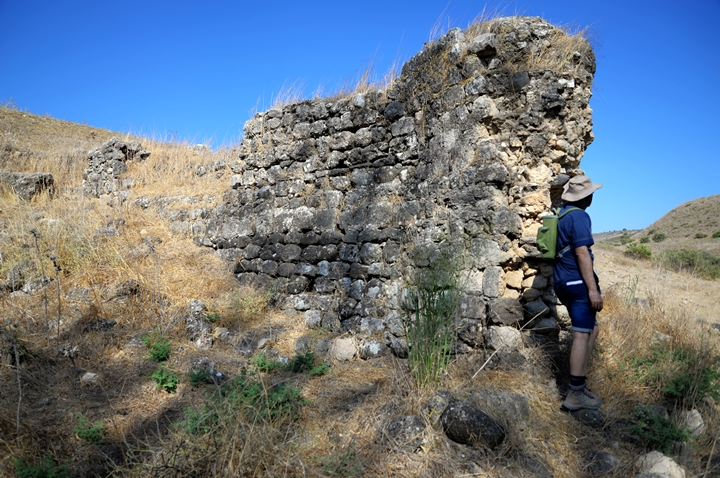