The New gate is located on the west side of the old city . It was opened in 1889 to allow an easier access to the Christian quarter. 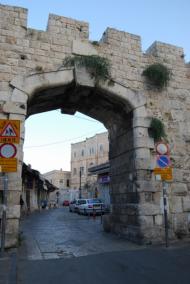 The “new gate” is located on the western walls of the old city of Jerusalem . It was opened in 1889 in order to enable an easy access from the Monasteries outside the walls into the Christian quarter.

The Ottomans built the present walls of Jerusalem in 1540. Only 350 years later, after requests by the French ambassador in Turkey, the Sultan Abed El-Chamid allowed to open another gate in the walls.

The new access allowed an easier access to the Christian quarter from the outside, including the monasteries outside the walls, such as Notre Dame de France across the  street.

During the Independence war, in July 1948, Israeli soldiers forced into the old city through this gate, and established a bridgehead; they later retreated through the gate. A plate is displayed on the right side of the gate, commemorating this event.

The old city was under Jordanian rule until 1967. After the 6 day war the gate was reopened. 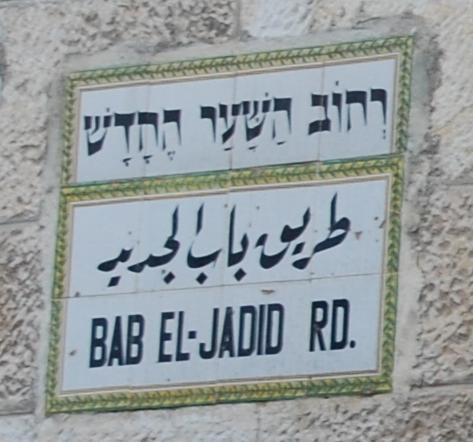 An external view of the new gate from the western side is seen below: 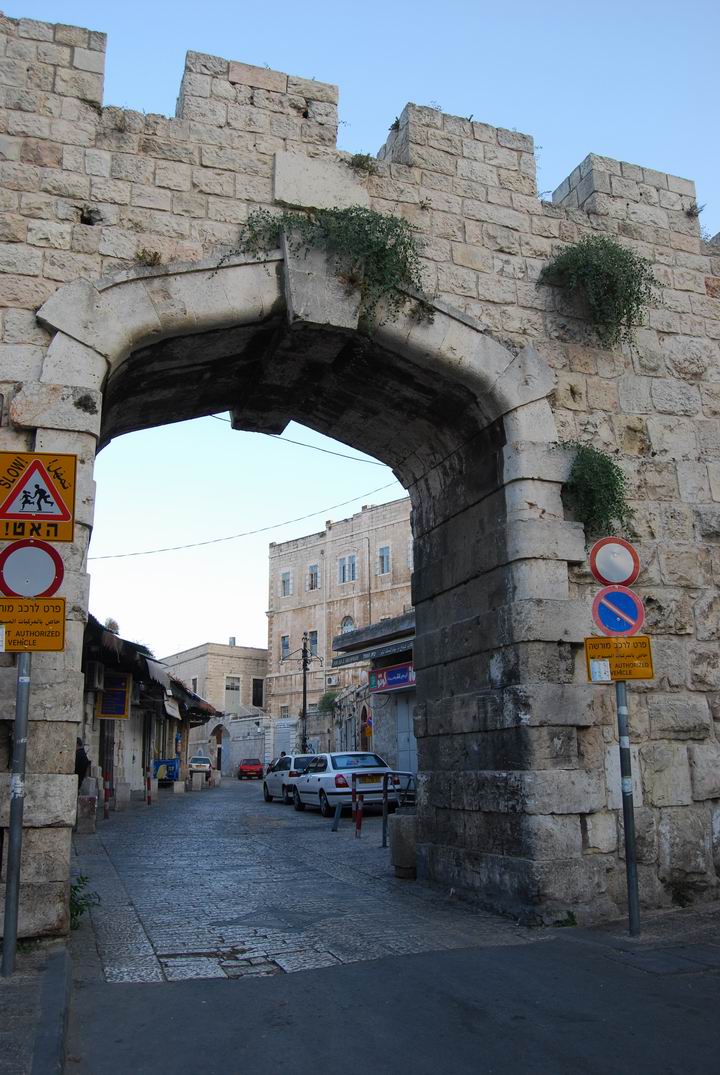 Another view of the gate: 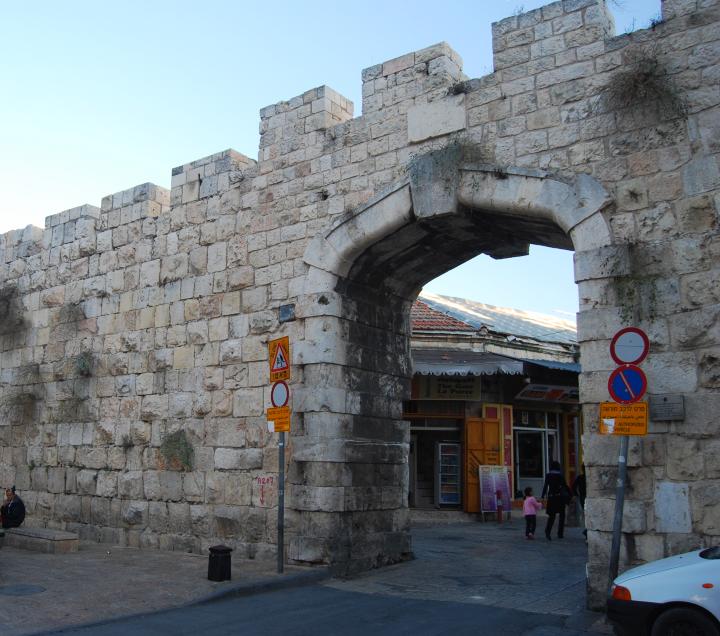 An interesting detail can be seen near the gate – a  Shield of David (“Magen-David”) is embedded in the wall near the corner of the wall. 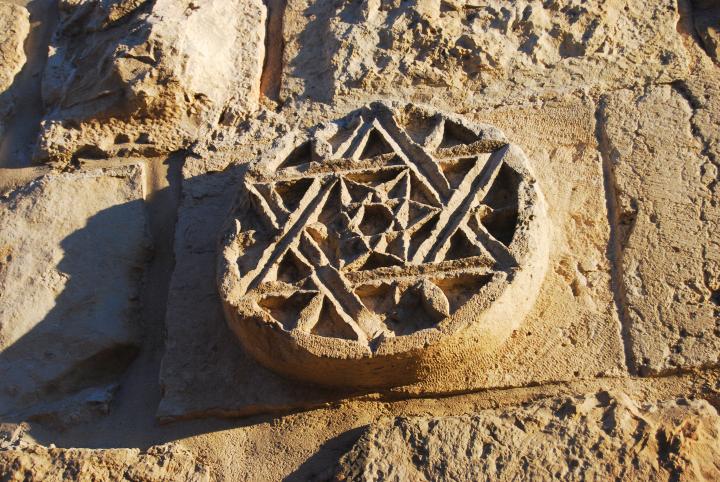