This village is located south of Mount Tabor, and built on the ruins of a Roman village, where according to Luke Jesus performed a miracle, bringing  the widow's son back to life.

According to Luke, the village of Naim (Nain) was one of the cities in the  Galilee where Jesus toured, accompanied with his 12 apostles and assistant women, at the summer of 29AD (approximate date).  During this visit he performed a miracle, bringing back to life the only son of a widow.

The village is located 7KM south-west of Mount Tabor, on the road to the city of Afula.

The site is most likely the village referred in the new testament, since it is located close to Mount Tabor and Nazareth, was inhabited in the times of Jesus, and preserved the name.

The cities and roads during the Israelite and Roman periods are indicated on the Biblical Map below. 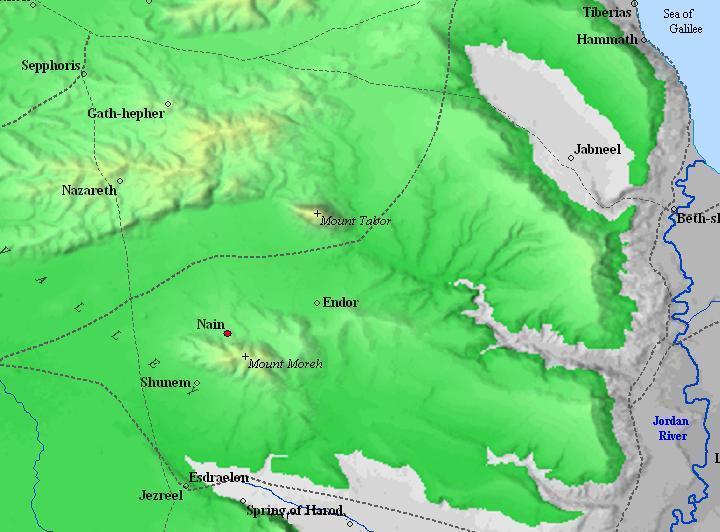 Map of the area around Naim/Nain - during the Israelite and Roman periods - 10C BC and 1st C AD  (based on Bible Mapper 3.0)

The following photo is taken from the north side of the village of Nin. The church (rectangular structure) and mosque (green dome & minaret) can be seen in the center. The cemetery is on the top left side.

In the background is the hill of Givat Hamoreh. On top of the hillside is the village of Eh Dachi, which is also built on the ruins of an ancient site.

Another view from the north, within the village. The church is seen on the left side. The ancient site is in the area of the Church, although they are buried under the modern village. 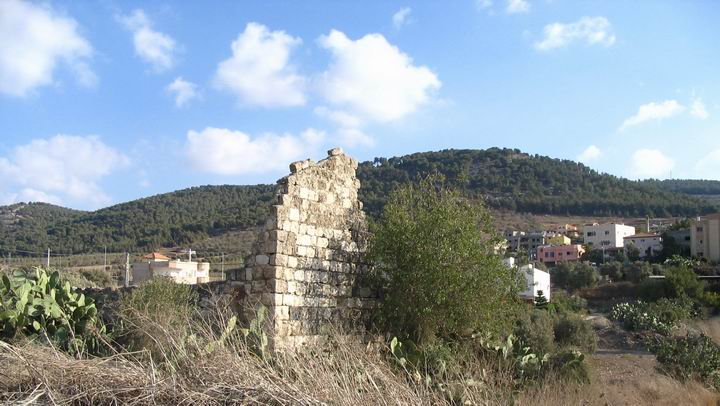 This is the south side of the village, on the hillside of Givat Hamoreh. On the left side is an Arab cemetery. Above and to the left of it is a series of rock-hewn cist graves and burial caves, where square shafts lead into the burial caves. The pottery in the graves, as per the survey (see references)  is from the Middle Bronze, Roman and Byzantine, and Mameluke. 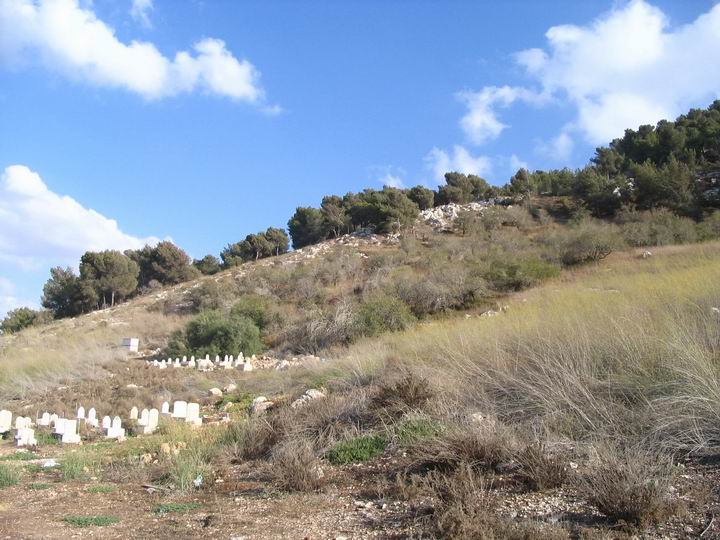 The church is in the middle of the village, on the hillside. In the photo below, taken from the east side, the city of Nazareth can be seen in the background, since it is only 8KM away.

Another view from the west side, where the entrance is located.

The church was built in 1880 by the Franciscans, as indicated on the tablet above the entrance (the year appears as "AD MD CCC LXXX). 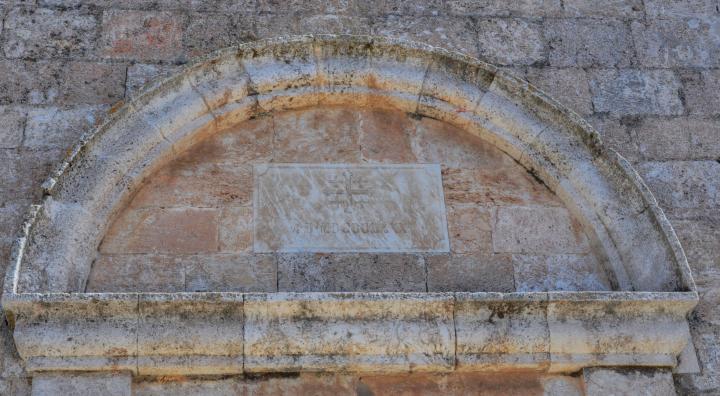 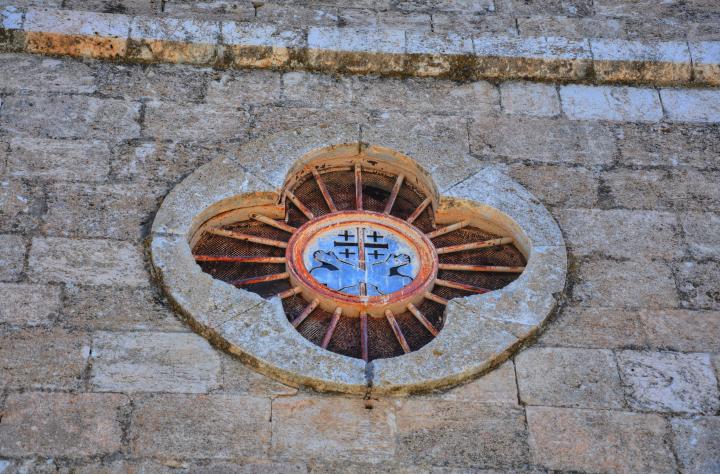 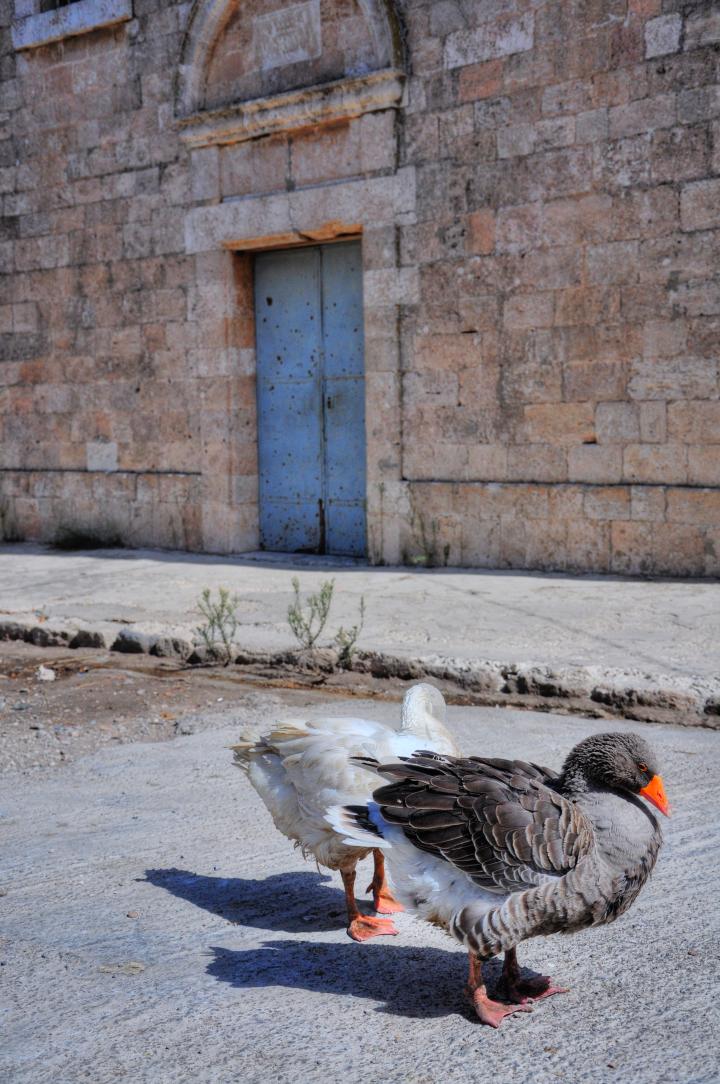 The interior of the church is simple, with a beautiful painting behind the altar on the east side:

The painting is of the Miracle of Jesus bringing the widow's son back to life. 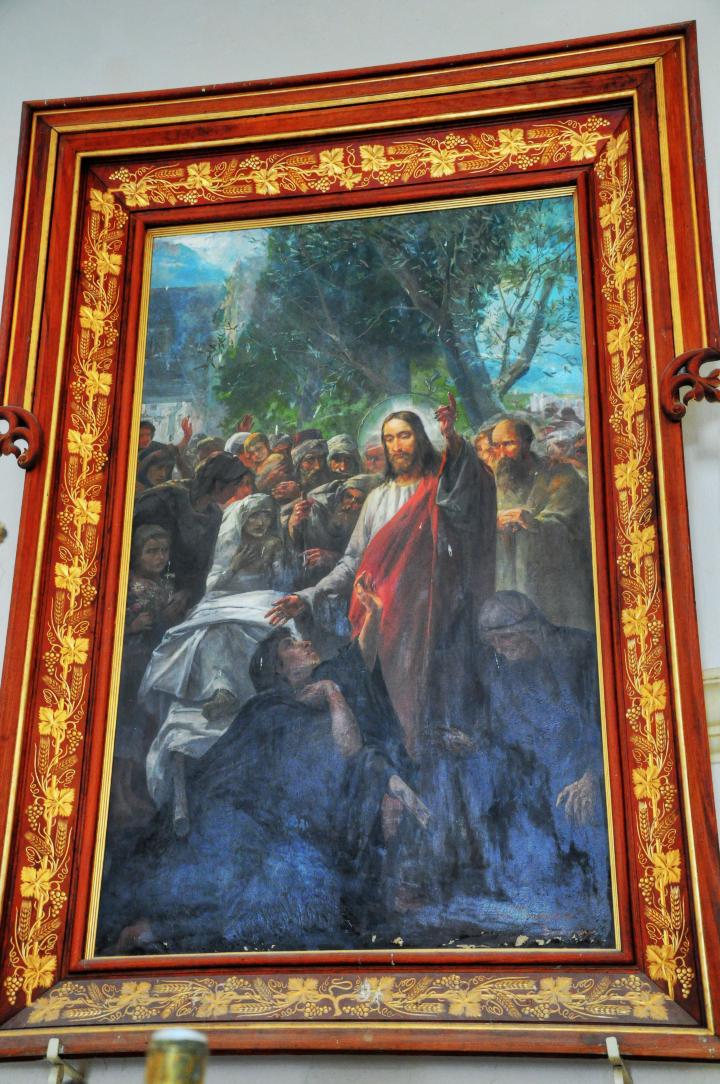 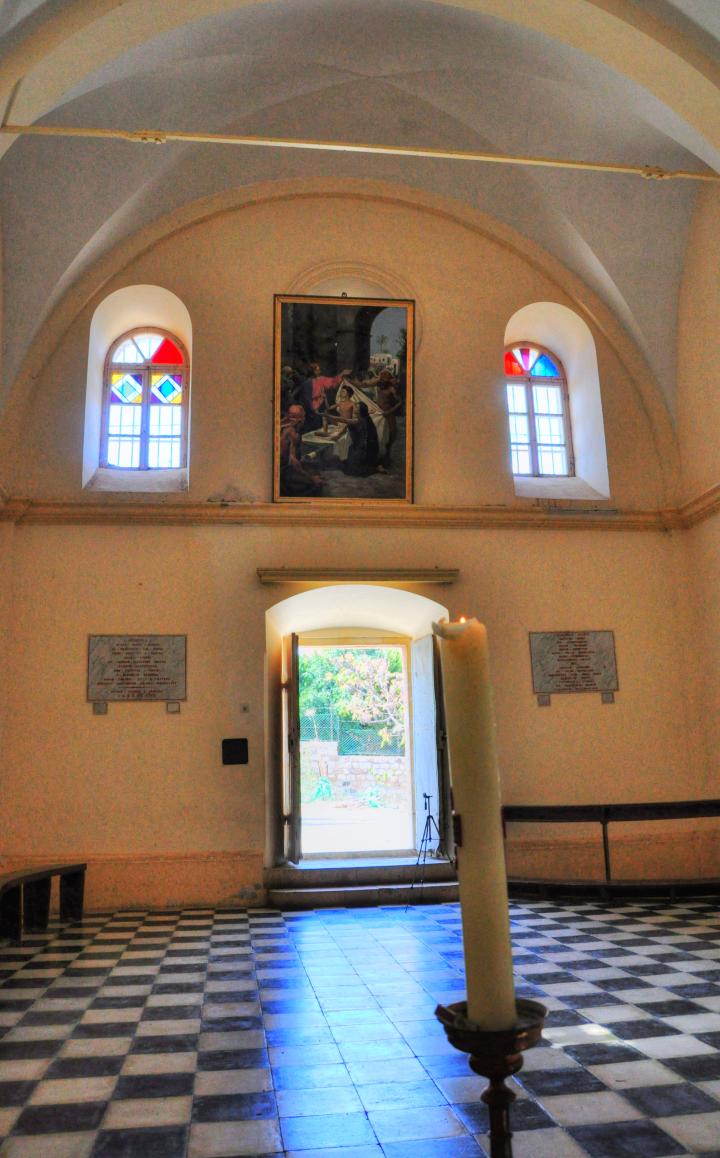 Around Naim there are several other ancient sites, such as Ein-Dor and Tell Agol. 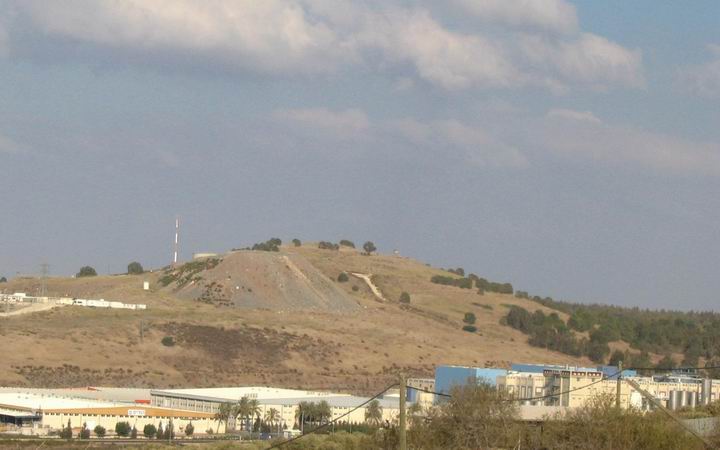 This text lists the cities within the tribe of Issachar, and Anahareth may have been the place now called "Tell Agol", east of Naim.

"And the fourth lot came out to Issachar, for the children of Issachar according to their families. And their border was toward Jezreel, and Chesulloth, and Shunem, And Haphraim, and Shihon, and Anaharath,"

This text describes the battle of the Midianites against the Israelites, headed by Gideon the judge (12th C BC). The Israelites camped in Harod spring, in the foothills of the Giboa, while the enemy camped "north of Givat Hamoreh", at the vacinity of Naim where there was plenty of water (2 springs: Moreh spring and Naim spring). Yet another location of their camp can be Ein Dor, where according to Psalms this is where they were defeated (see below).

"Then Jerubbaal, who is Gideon, and all the people that were with him, rose up early, and pitched beside the well of" Harod: so that the host of the Midianites were on the north side of them, by the hill of Moreh, in the valley".

According to the Biblical text, the Midianites were defeated by Gideon at Endor, which is nearby (north) of Naim.

"Do unto them as unto the Midianites; as to Sisera, as to Jabin, at the brook of Kison:
Which perished at Endor: they became as dung for the earth."