A Roman/Byzantine village which was resettled in the 19th C by the Templars and later became a Moshav.

Joshua 19: 14: "And the border turned about ... and Beth-lehem; twelve cities with their villages. This is the inheritance of the children of Zebulun...".

The site was one of the Biblical cities included in the area of the tribe of Zebulun. It reached its peak in the Roman/Byzantine period. In modern times the site was a German Templars settlement, who were later replaced by farmers (1948) and converted to a Moshav.

BethLehem of the Galilee is located north-east of Tivon, on the north-west side of the Jezreel valley. The ancient site is located on the western side of the modern village of BethLehem-Haglilit.

The area is covered by a thick cover of low gall oaks (in Hebrew: "Alon Tabor"). Between the trees there are many rock cuttings, which include installations, cisterns and ancient cemeteries. There are two clusters of rock-cut tombs - on the north side (where the photos were taken) and south side of the entrance to the Moshav.

(a) The western side

The site is spread over the western side of the Moshav. The following photo shows the southern side of the gate, where there are thick rows of olive trees. Although these trees are young, but in the Biblical period the olives were the main income in the Galilee - producing the olive oil. 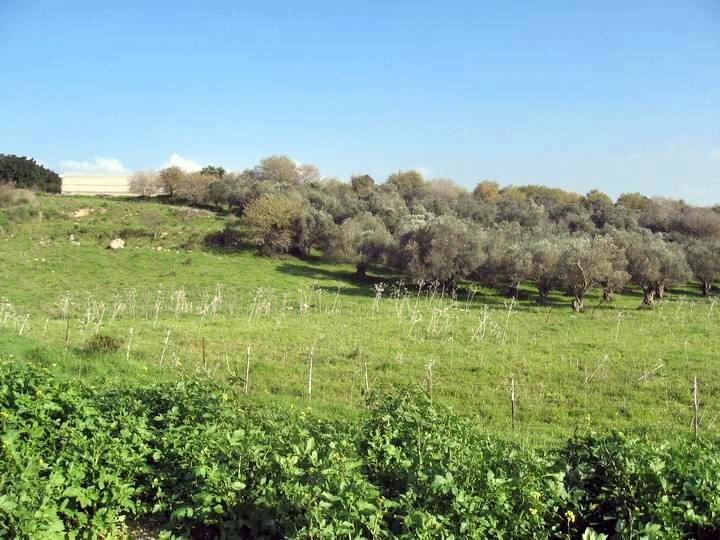 The following photo is captured at the same spot, where a unpaved road leads eastwards. It is used today by the farmers and the visitors to the popular herbs farm/store ("Derech Hatavlinim") which is a recommended place to stop. This path is based on the ancient road that once connected BethLehem to the main ancient north-south highway in the Yizrael (Jezreel) Valley. That road connected the north (Netufa Valley and Sepphoris) to the south (Megiddo and central Israel). 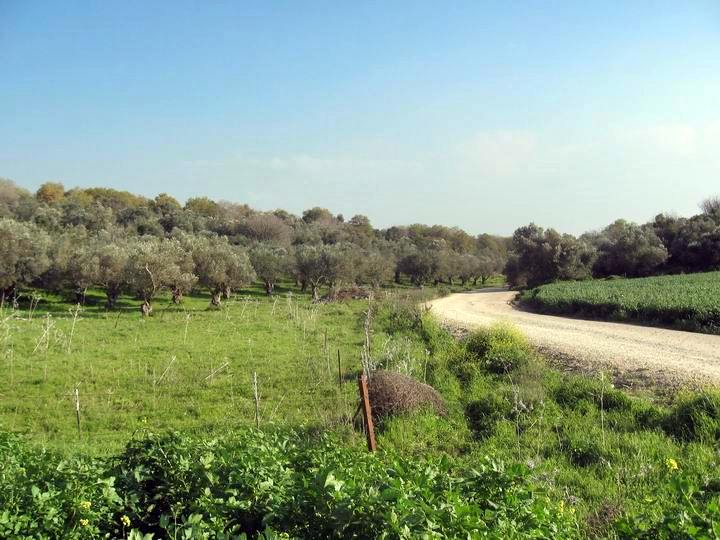 Yet another view of the area. Left to this hillside, after the curve of the road, is the southern ancient cemetery which is located between the trees. 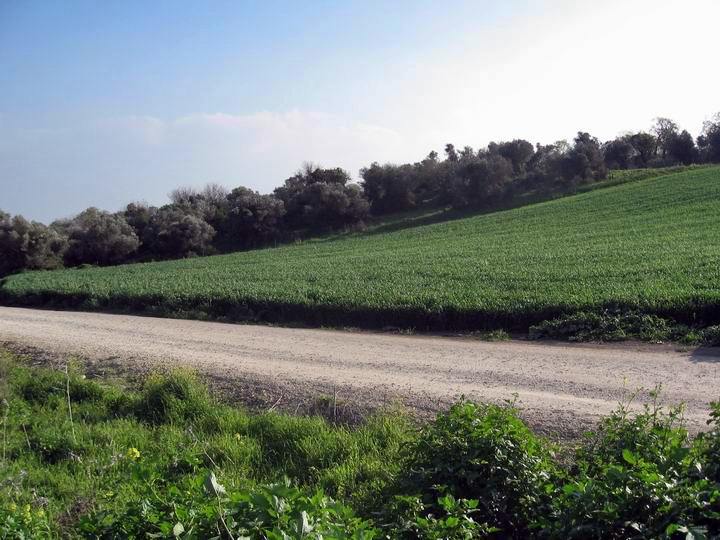 The merged photo is seen below, a classic "biblical" Galilean scene.

(b) Inside the village

Inside the modern village, between the houses and near the gate, is a small area with several layers of ruins, with ashlars, columns and bases.  The whole public area on both sides of the entrance road, and beyond the fork of the roads, is covered with ruins - most of them leveled to the ground. 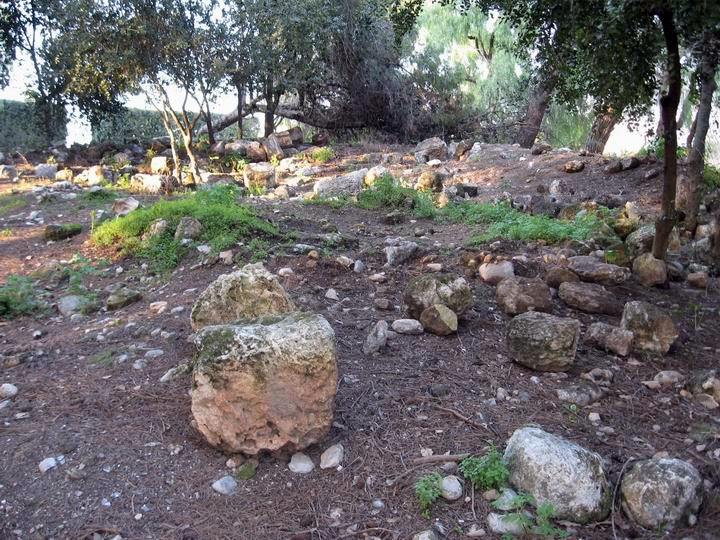 After entering the Moshav, you can see on the right side a base of an oil press - a mash olive press type. The olives were placed inside the basin, and a mashing stone (seen on the next photo) was turned around the cavity to press the olives. 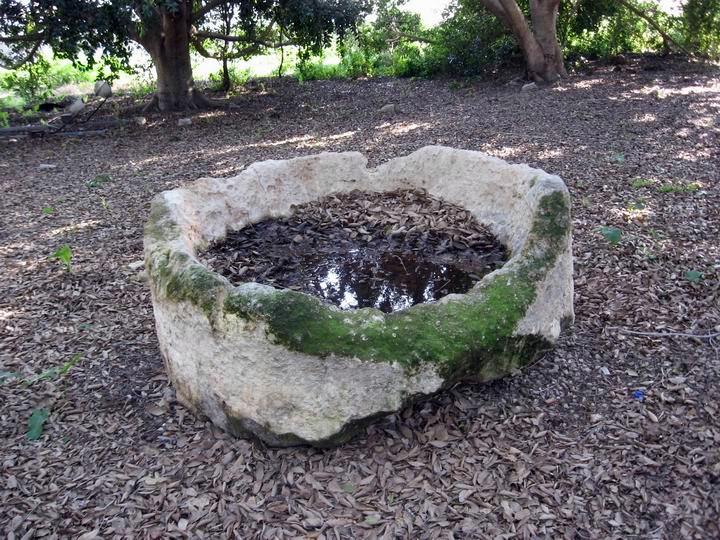 Another part of the oil press - a large round crushing stone with a hole in the center; it rolled around the basin and mashed the olives, extracting the golden oil. 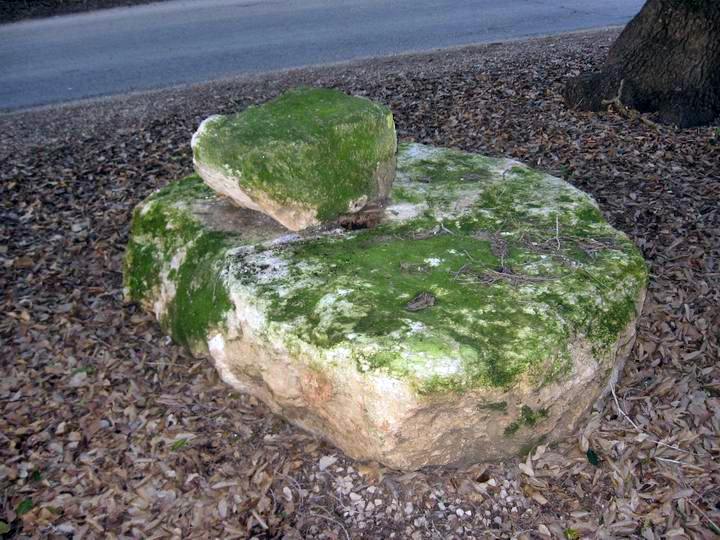 About 100 M north to the entrance of the Moshav is an ancient cemetery. The following photo shows one of the dozens of rock-hewn tombs and burial clusters. There are many shaft and cist tombs on the hillside among the trees.

The site was also used as a stone quarry in a later stage, when some of the burial sites were cut out for extracting the building blocks. 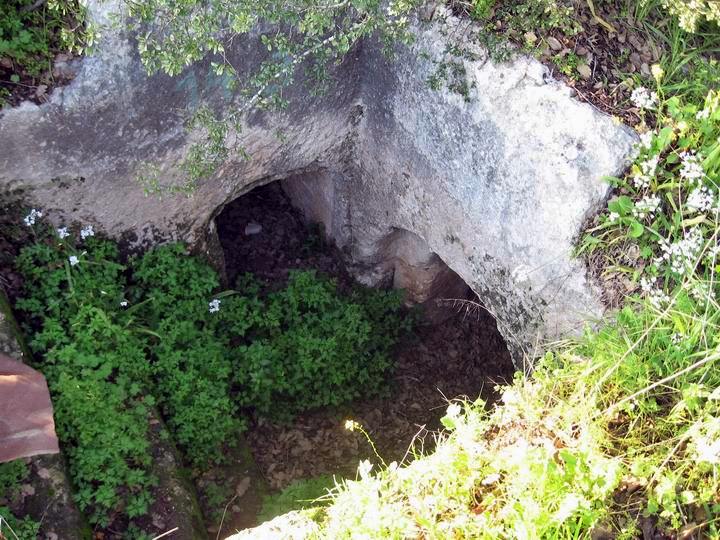 To get here, drive 100M to the north of the junction of dirt roads which cross the entrance road to the Moshav. The cemetery is easily accessed through an opening in the gate on the left side of the dirt road. 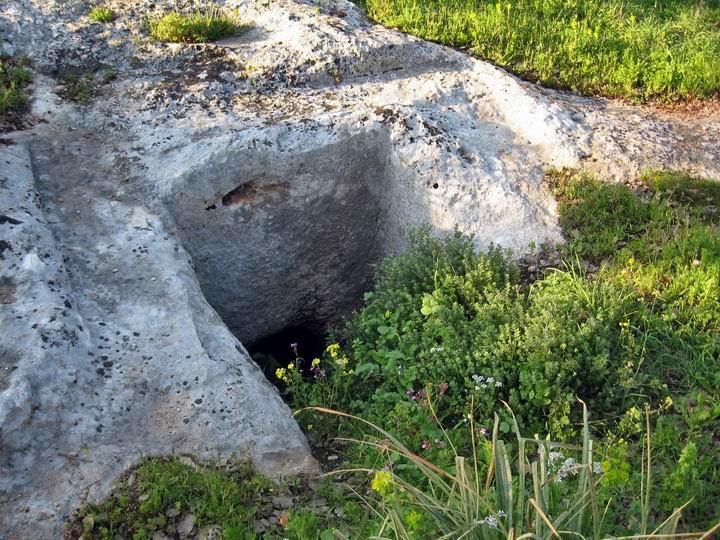 Around the cemetery, and covering most of the hills around the site and in the area, are forests of gall oaks ("Alon Tabor"). During the end of the winter season there is an amazing cover of wild flowers - such as cyclamen (Hebrew: Rakefet, as seen below). 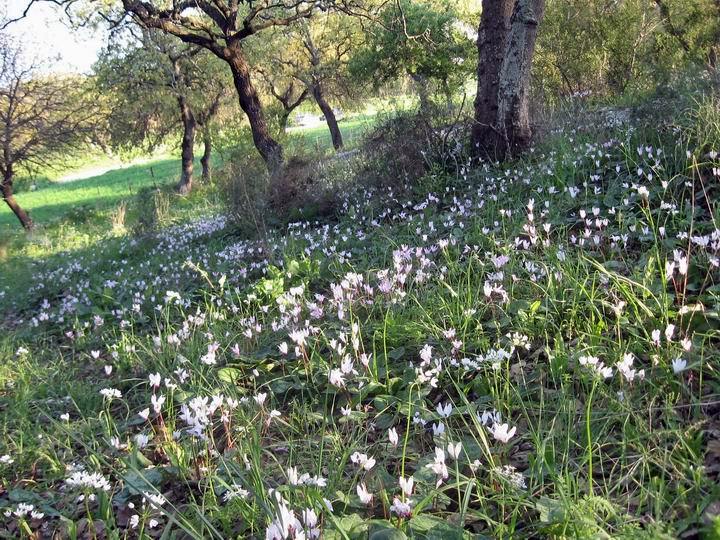 Another view of the forest, with a single  red anemone (Kalanit - Anemone coronaria). In other sections there are carpets of these red flowers. How can you miss this view? It charges your batteries! 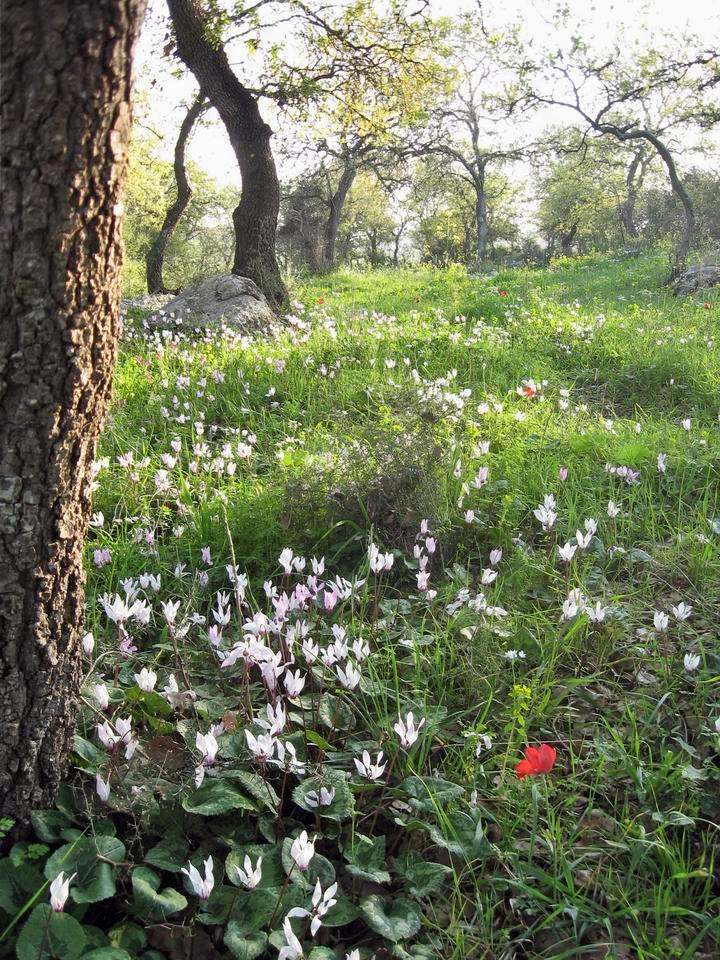 There are about 50 Templar houses, most of them built during the 1890s. The building style of this Christian sect was an unprecedented in the landscape of Israel in those times, and the quality of theses stone houses is admirable. (See Haifa web page for details on the Templars). The following photo shows the central folk house. 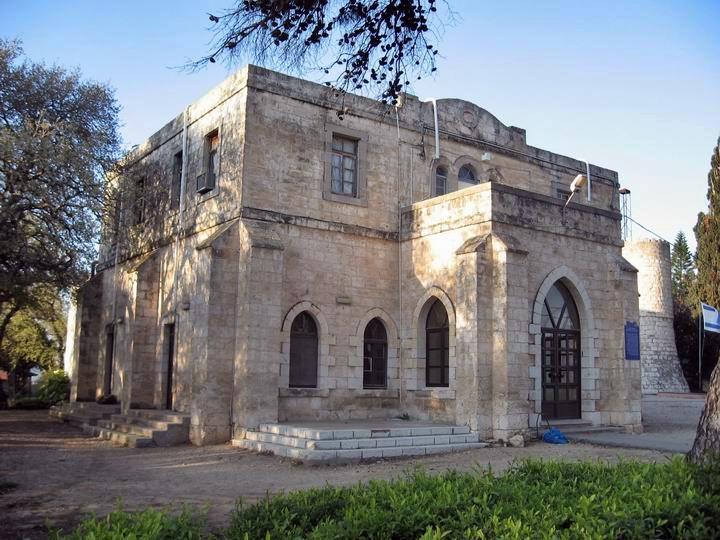 This text describes the region of the Tribe of Zebulun:

"And the border turned about it on the north to Hannathon; and the goings out thereof were at the valley of Iphtahel;

Ibzan was an Israelite judge in 11-12C BC, and may have been from Bethlehem in the Galilee (as per Z. Vilnai; some scholars, including  Y. Aharoni, identify his home place to Bethlehem in Judea).

This text lists the 24 families  of Cohens, who served the temple. The family of Malchijah settled in BethLehem.

"Thus were they divided by lot, one sort with another; for the governors of the sanctuary, and governors of the house of God, were of the sons of Eleazar, and of the sons of Ithamar. And Shemaiah the son of Nethaneel the scribe, one of the Levites, wrote them before the king, and the princes, and Zadok the priest, and Ahimelech the son of Abiathar, and before the chief of the fathers of the priests and Levites: one principal household being taken for Eleazar, and one taken for Ithamar". ... "The fifth to Malchijah, the sixth to Mijamin..."

BibleWalks.com - The Bible - from the ground up