According to one of the Traditions, this site is the tomb of Benjamin, one of the 12 tribes of Israel.

Benjamin was the youngest of the sons of Jacob, and head of one of the 12 Tribes of Israel. This tribe  was located in the center of Israel, between Judah and Ephraim. The region included parts of Jerusalem, and the cities of Beth-El, Givon and Jericho. Both King Saul, the first Israelite King, and Jermiah, one of the greatest prophets, came from the tribe of Benjamin.

Where was Benjamin  buried?

There are several traditions for the tomb of Benjamin:

The tomb of Benjamin, according to one of the traditions, is located on the road from Kefar-Sava to Kochav-Yair,  west of Kalkilia. This location used to be located on the main road from North (Galilee, Syria and beyond) and south (Egypt). The next stop south was Jaljulia, the Gilgal of the Sharon.

The tomb is called by the Arabs "E Neby Yamin" Neby.

On the north side of the tomb is an Arabic stone plate which praises the lord.

A nearby agriculture village, Neve Yamin, is called after the tomb.

The site was populated in the late Roman and Byzantine periods (2nd to 7th C AD). There are two wells, one can be seen near the tomb.

The Tomb, and some of the ruins around it, are from the Mameluke period (14th C AD). A hostel (Khan) nearby has the stone plate with the date of 1312. The sebil (public water fountain) in front of the tomb was built on the side of the Mamluke  "Postal" road from Cairo to Damascus. This road was initiated by the first Mameluke emperor, Baybars, in 1268. It served the Mameluke empire until the 16th C.

This is the view from the north side. This structure is actually a sebil - a 15th C Turkish public water fountain. The visitors washed themselves before entering the site for a prayer. 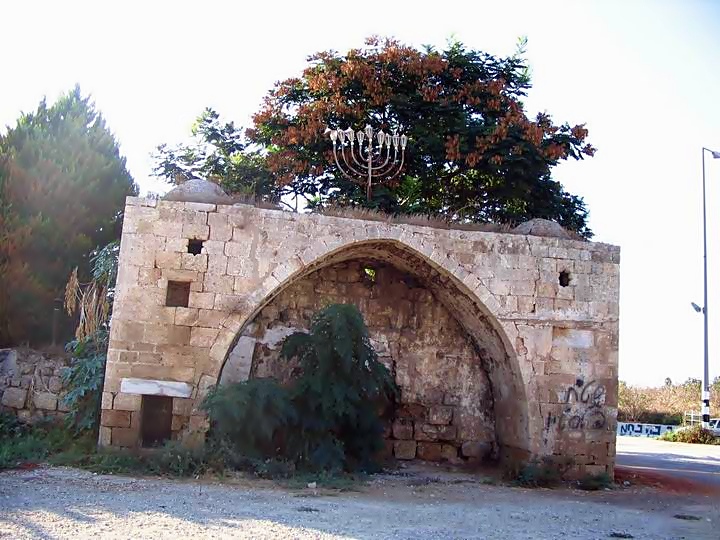 The site is neglected and dirty, especially after some holidays when busloads of people, mostly Jewish, come to pray.  In the last 10 years there is a rise in the number of people that come to Holy tombs, a phenomenon that is hard to explain. Dozens of such sites were rebuilt and revisited after many years of neglect. Every weekend there are hundreds of believers that tour the Tomb sites around Israel, asking for hearing their prayers.

The view of the site from the south side. On the right (hidden in this photo) is one of the two wells. 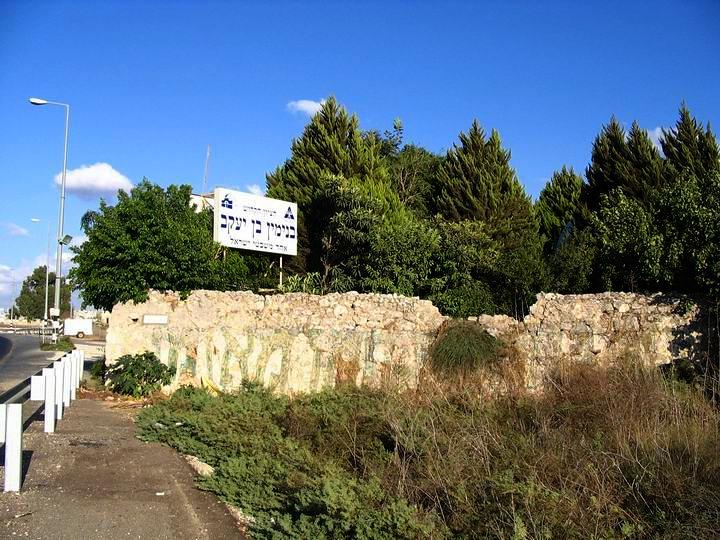 The gate to the yard. In Hebrew the sign reads: "The Holy Zion - Benjamin son of Jacob - one of the Israelite tribes". 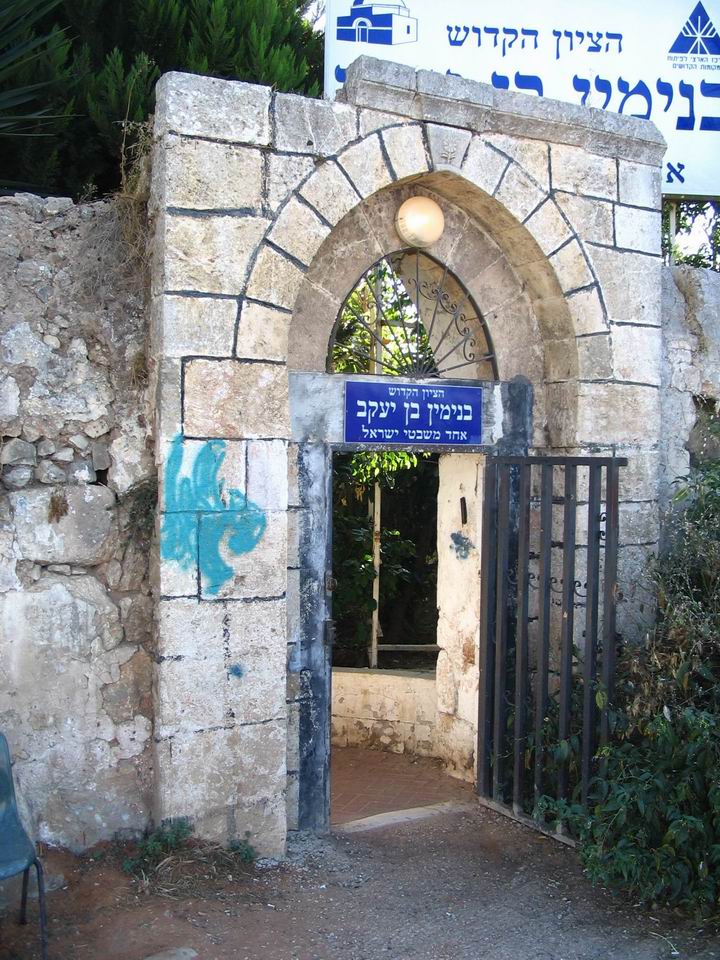 The following photo shows the entrance to the room, with the Hebrew title " Benjamin tomb". 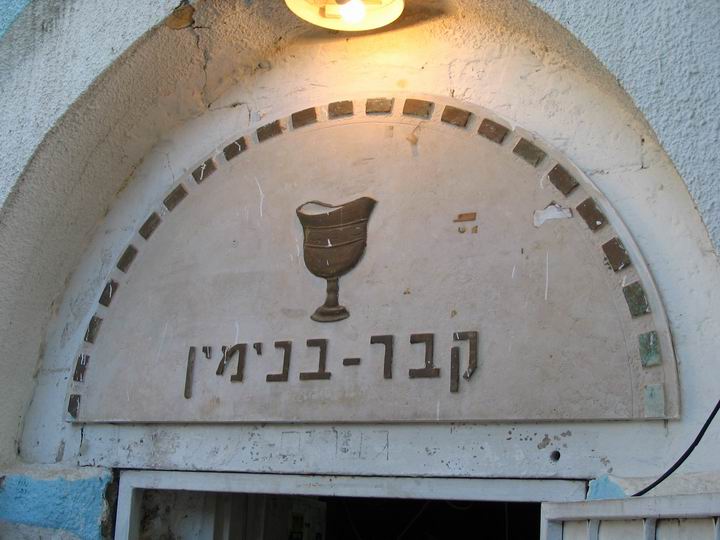 The photo below shows the ceiling of the  chamber. 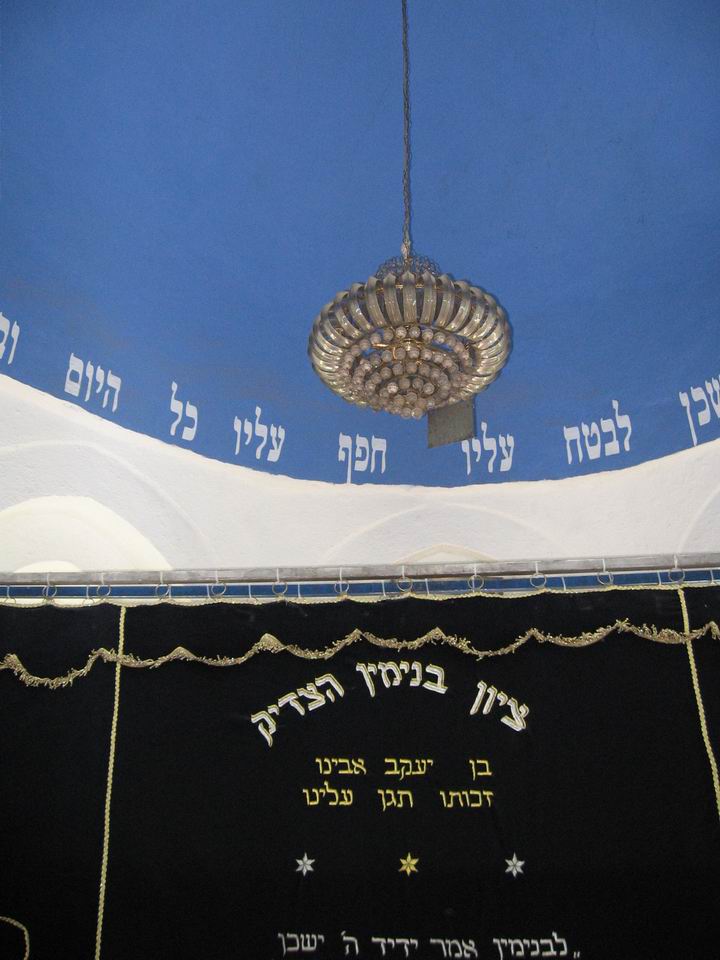 This blue box outside in the yard is used to light up the candles, and carry them into the chamber of the tomb. 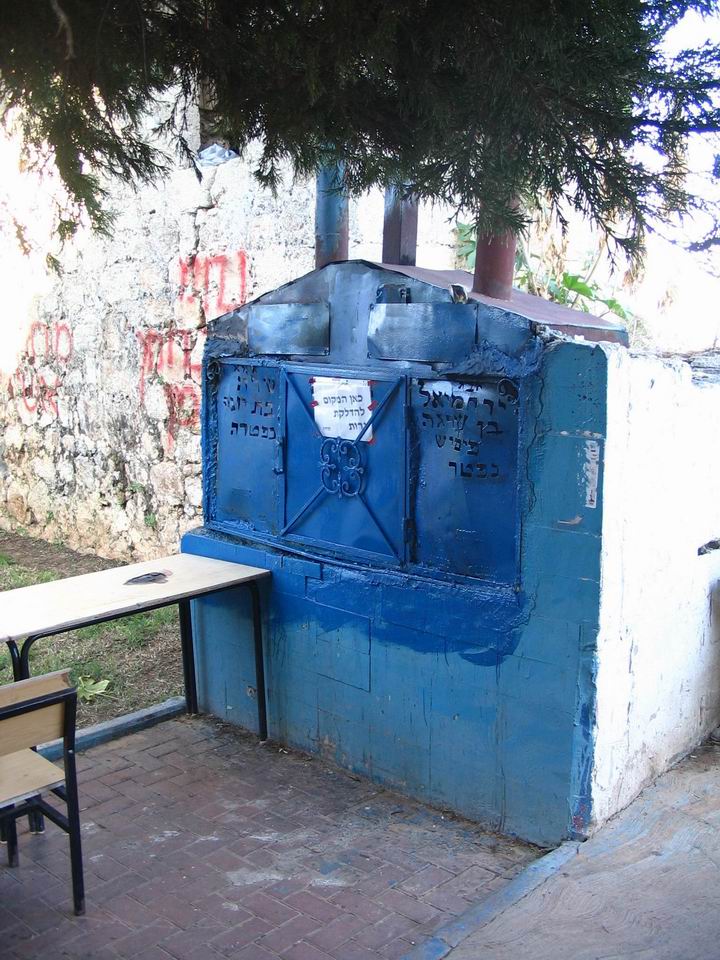 On the north side is an Arabic stone tablet, praising Allah. 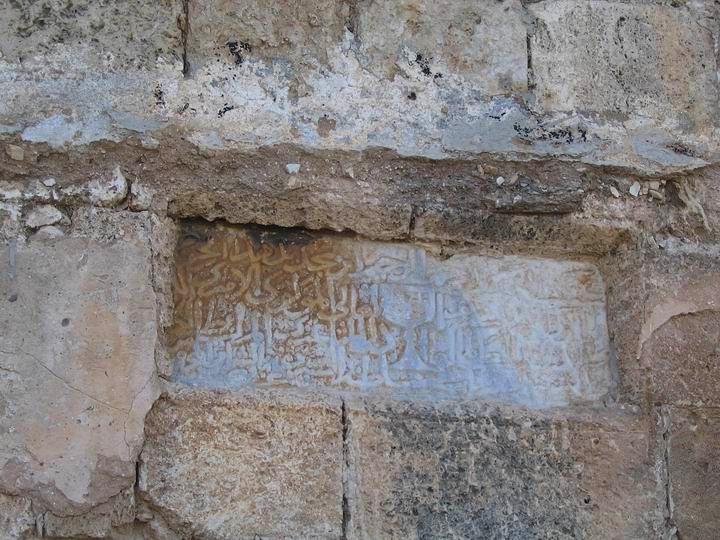 Another element are two holes in the shape of Mogen David. 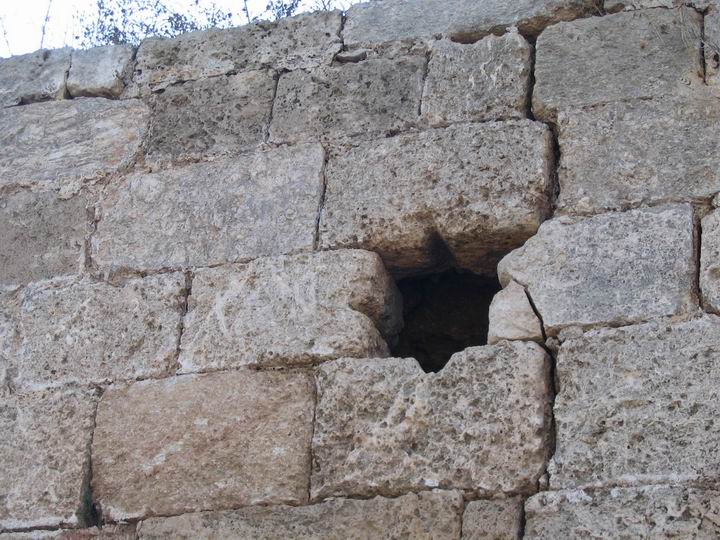 Near the tomb of Benjamin, across the main road,  is another Tomb of a Sheik, Neby Sawarka. 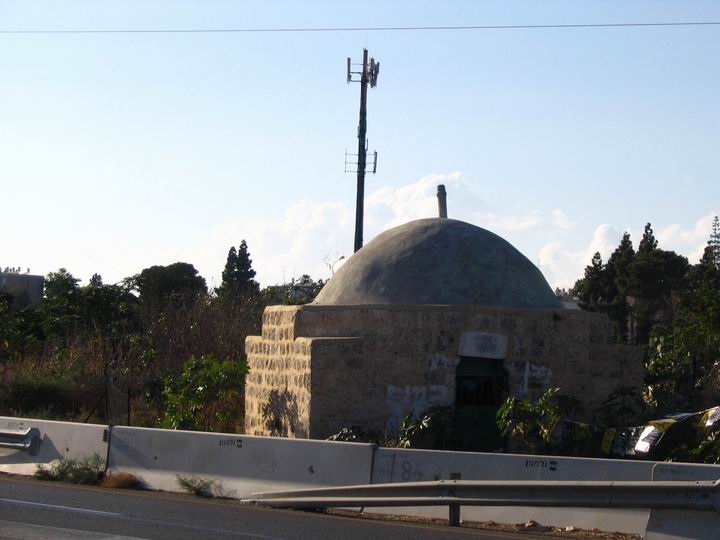 Inside the caped structure, as seen through the caged window, is the tomb. As in all Muslim tombs, it is wrapped with a green cloth, seen to the side of the tomb. 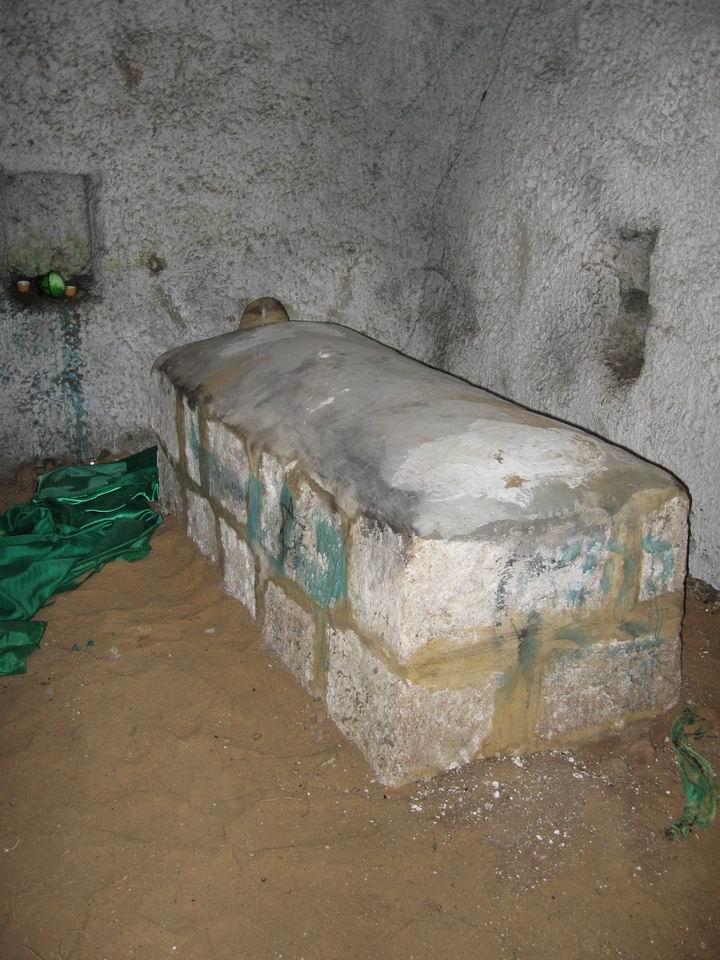